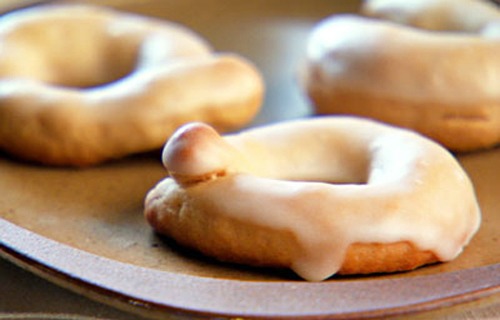 Taralli with julep (scelèppe in Apulian dialect) are typical of the Easter season and especially on Good Friday.

Start mixing the flour with half of the evo oil. Add slowly, during mixing, the other half. When the dough gets soft and smooth form the taralli.
Dip, little by little, the taralli in boiling water and boil them until they come to the surface. Drip and arrange them on a work surface. Cover them with a cloth for a few hours until they are dry (someone let them rest for at least 5-6 hours, but that depends on the environment humidity).
Bake at 180°C (360°F) for 30 minutes, until the taralli get golden.
Let them to rest and cool down.
Prepare the julep. Melt the sugar in a pan. Just before it gets caramelized, add the whipped egg white, a few drops of lemon (or some zest) and mix everything.
Dip both sides of taralli in the hot syrup and let them to cool down before serving.