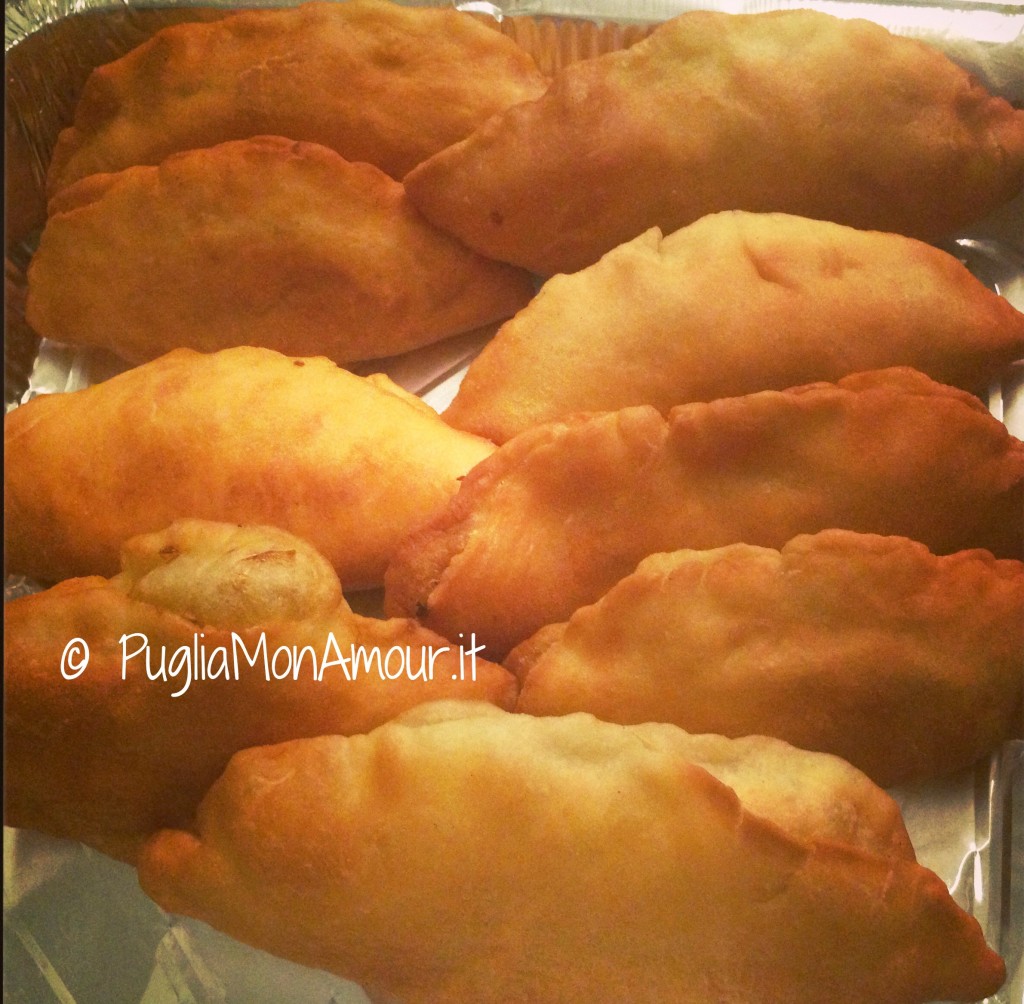 Panzarotti or panzerotti are filled, savory pastries. They are small versions of calzone or closed pizza, but produced with a softer dough. For further info click here.

Mix together flour and water where you had previously melted some brewer’s yeast. Knead and add sugar and oil. Mix until you obtain a smooth dough and let rise for 2 hours in a warm place covered with a cloth.
While the dough is rising, prepare the filling. Cut the mozzarella into small cubes and leave to drain in a colander. Chop the tomatoes and put them to drain in an another colander. In a bowl mix mozzarella, tomatoes, pecorino romano cheese, salt and pepper.
When the dough is ready divide the dough into balls (about 60/80 grams depending on the desired size of panzerotti). Roll out each ball with a rolling pin, giving a round shape with a diameter of 15/20 cm.
Heat in a large skillet the oil for frying.
In the center put a spoonful of the stuffing, close the panzerotto and seal well by applying pressure with your fingers. Fold the edge of panzerotto inwards and flatten by pressing with the tines of a fork to prevent the filling from escaping during cooking.
Dip the panzerotti in hot oil and fry a few at a time for 4-5 minutes per side, turning them often and keep them well spaced.
When they reached a nice golden color, place them on paper towels to remove oil in excess. Serve panzerotti warm.