Ceglie Messapica has become an international capital of gastronomy thanks to the opening of the Mediterranean Cooking School, which opened in the new prestigious headquarters of the former Dominican convent during the Weekend of Taste that took place last weekend. A place destined to become a real temple of flavor.
High quality food, typical gastronomic tradition, combined with the delights from Brindisi with a team of excellence for 2500 square meters of story spread over three floors, equipped with kitchens and technical classroom with 16 workstations where students will be able to get their hands dirty in the most literal sense of the term.
The school, named after the late restaurateur cegliese Angelo Ricci, has already scheduled the first training course also open to non-professional chef from March 10 to 19 March (info: www.cedfor.it). Antonella Ricci, Michelin Star chef since 19 years and Angelo’s daughter, is the director of the school. 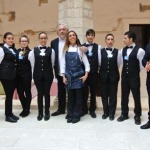 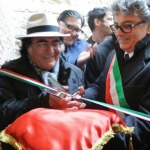 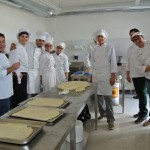