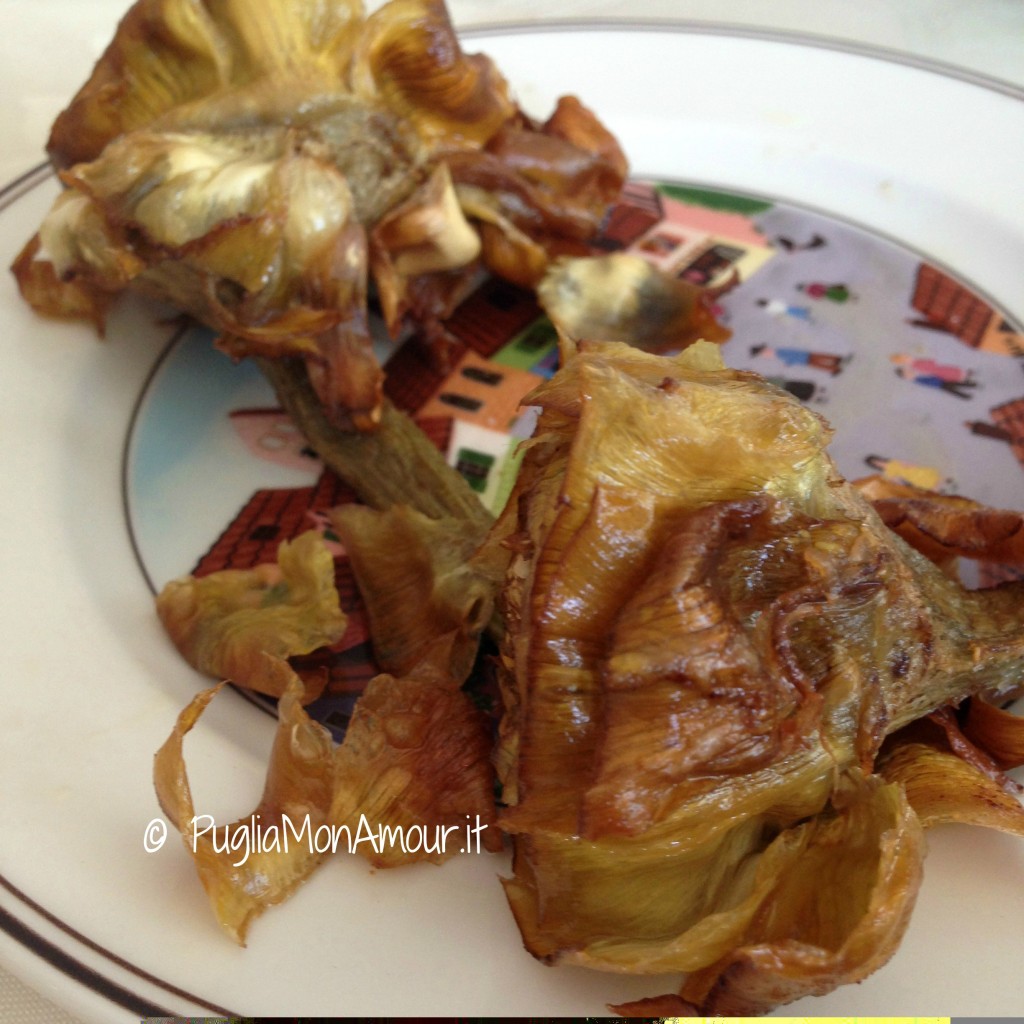 Clean the artichokes, remove the outer leaves, cut the tips.
Divide the artichokes in half and cut into six or eight parts in wedges or slices, with the tip of the knife remove the beard inside.
Put the artichokes in a cup with water and lemon juice so they do not blacken. Beat two eggs separately, soak the pieces of artichokes after they are well drained, put them in the flour.
Bring to a boil the oil and fry the artichokes until they are golden brown. Let them drain on paper towels, season with salt and serve hot. There are several variations to this recipe. The artichokes can be floured and fried, or soak in a batter with beaten egg whites.